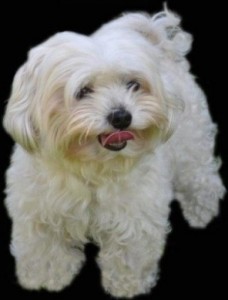 I have been big animal lover since my early years and it has not been only love towards dogs, but many others.
I mainly spent my childhood and school holidays in my grandmother’s home. It was an area where all the little animal lovers were born and raised, so was I. She had great variety of animals – pigs, chickens, lambs and many others. I was a good assistant to her, though sometimes I was as an obstacle as I did not want to get out of the barn.

Grandmother did not like either dogs or cats. When I was 9 years old I finally got my own dog after begging for a long time. Dog was Bolonka look-alike, but a little bigger, she had really beautiful white long hair. I was as happy as I could have been for getting a dog. She also had a brood, Dachshund look-alike puppies were born.

In 1986 I got my first breed dog. After that I joined Tartu’s dogs club. Dog was a red coloured English Cocker Spaniel named as Kent,  he was also my first show dog. Unfortunately he died in car crash in his early years.

My next breed was an American Cocker Spaniel. After that I was an owner of a Bullmastiff and long-haired Dachshund.

My next big love was a German Shepherd. Love towards the breed started from horse riding practise, where trainer had a German Shepherd. Anyways, my dog was called Donna, she had a great attitude, she was healthy and gorgeous and also puppy of a famous male Shepherd, she gave birth to two broods. Unfortunately she died young due to the twisted stomach. The pain of loss was enormous.

I could not find anyone like her; I went back to my first breed – English Cocker Spaniel. 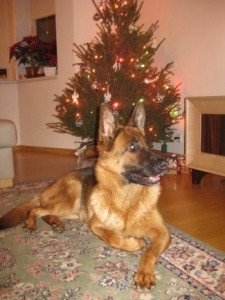 Currently I have 3 great show and family dogs.

In 2014 I registered my kennel as Est Amicus in Estonian Kennel Union and FCI. The name of the kennel is in Latin and translated to “is friend”.
I am the founder and First Lady of the Estonian English Cocker Spaniel Breed Union.
I am also the member of South Estonian Dog Centre and Tartu’s Spaniel Club.